I am a historian, essayist and writer of literary non-fiction. My fields of interests are in streetscapes, human-animal relations, mythology, Europe, the First World War, and the Balkans.

‘In history’, wrote Elias Canetti, ‘far too little is said about animals’. Historian Guido van Hengel follows the scent trails and sounds of Yugoslavia’s turbulent past, encountering the German shepherds of the Nazi occupiers, the poodles of dictator Josip Broz Tito, a herd of Italian mules and the wolf militias during the wars of the 1990s.

In the 21st century the countless street dogs guide Van Hengel through cities like Tuzla, Zenica, Bor and Belgrade. Along sidewalks, in squares and parks, he observes – at knee height – how the capitalist wilderness has disrupted the societies of former Yugoslavia.

The Pack is a book about the shared fate of animals and humans in Europe. It is a study that takes place on the streets. How can we feel free and safe there – on two feet, and on four?

Praise for The Pack

– ‘Van Hengel’s approach is sparkling original, and the result is impressive. His ambition extends far beyond writing a history with a focus on animals. He himself wants to look like a dog, and observe man as an animal. In his reports and histories he therefore focuses on smells, on sounds, everything that stimulates the senses… Beautifully and accurately written, in its richness it almost immediately invites you to reread it. | NRC Handelsblad (*****)

– ‘… the dog is the guideline throughout history. And that has a very special effect, because dogs perceive the environment in a completely different way: very pure, very honest. … What happens here is that you experience history in its rawness, much more intensely than when you open a history book. Your senses are very much stimulated, so that you really think you can hear the cry of the dog, the past in the cry of the dog” | E.L. Diest, Humberto (NPO Radio 1).

– ‘Traveling through the former Yugoslavia, Van Hengel deals with all the hot topics: religious conflicts, fundamentalism, the arrival of refugees, the fate of the Roma, the influence of Russia, Turkey, China and Saudi Arabia. And every time he manages to get back to the dog. At that point, he draws horrifying conclusions.’ | Johan de Boose, Standaard der Letteren **** (Belgian daily newspaper).

On the verge of the First World War, the paths of Dutch writer and Utopian thinker Frederik van Eeden, German mystical philosopher Erich Gutkind and Serbian cultural critic and activist Dimitrije Mitrinović cross. Together, they call for the creation of a ‘blood bond of European geniuses.’ With their ambitious ideals about saving humanity and European integration, and their uncomfortable ideologies, they want to effect change in a Europe that seems to be rudderless. They are simultaneously passers-by and participants in an ominous time.

At this time of grand gestures and megalomaniac societal ideas, the Second World War is brought to an end: every big idea from after 1945 revolved around Auschwitz. The Prophets of Europe provides an insight into a time that mirrors our own. Ideas and utopias for humanity, just like doomsday scenarios for the downfall of Western civilisation, resonate in the media, culture and politics of today. 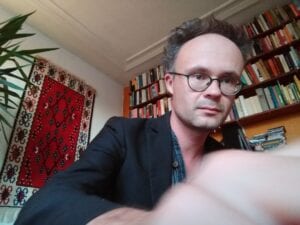 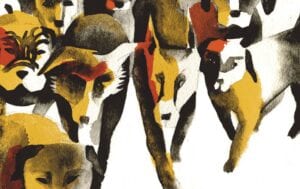 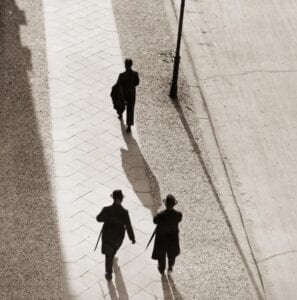 Praise for The Prophets of Europe

– ‘In his dazzling and beautifully written book, historian Guido van Hengel shows that at the beginning of the 20th century Oswald Spengler was by no means the only one who felt that modernity had mainly negative consequences, and that the European culture was undermined. Numerous self-proclaimed “seers” and “prophets” announced that there was a serious uprooting of the individual, the loss of certainties, the disintegration of the community and fear of the future.” | NRC Handelsblad (****)

–‘[…] They are the ‘seers’ this book is about. Besides Gutkind, these are Frederik van Eeden and the Serbian guru Dimitrije Mitrinovic. Together with many others, they are whirling through this book, as mirages through a troubled mind. The result is a magnificent, confusing and sometimes very topical panorama.’ | Groene Amsterdammer

– ‘The pursuit of a “blood union” of “royal spirits” would be the only remedy to save Europe from its demise. Such vague descriptions and philosophical reflections could easily lead to a voluminous piece of work written in an opaque language. This is not the case. The life stories and history of the three protagonists (plus a few dozen other thinkers) is coherently presented in just 286 pages. Van Hengel makes use of a very accessible writing style, in which historical events are mirrored by contemporary references…” | Groniek

About The days of Gavrilo Princip (2014)

The assassination of Archduke Franz Ferdinand is regarded as the trigger for the First World War. On 28 June, 1914, the Archduke and his wife Sophie were shot dead, and the European powers ended up in a catastrophic war. It is known that the killer, student Gavrilo Princip, was aided by shadowy army officers who were united in the Black Hand, but that is where the story usually ends. The shooter of Sarajevo thus appears to be a footnote in world history, but what social, cultural and intellectual background led him to this terrorist act? What moved him? And what were his aims? Guido van Hengel follows Princip’s personal development: poor young studdent from the Bosnian mountains who moved with great expectations to the city, where he was radicalised and eventually became trapped in a new world. Princip’s frustration is now, a century on, still frighteningly relevant. The Days of Gavrilo Princip is not only the story of an individual, but also the history of a whole generation of young people who unleashed an explosive cultural revolution at the beginning of the 20th century.

Praise for The Days of Gavrilo Princip

‘In The days of Gavrilo Princip Guido van Hengel focuses carefully on the short but turbulent life of his protagonist. Moreover, he connects to that story an exciting cultural and historical study of the Balkans. A vivid and intriguing picture emerges of an intelligent, keen and energetic individual who found himself under the millstone of the political madness of his time, and willingly let himself be grinded to powder. […] Van Hengel has brought back to life Gavrilo Princip in a sober and very effective manner.’ | **** De Morgen

‘This book is much more than an accurate reconstruction of this act. It is a biographical micro history that reveals Princip’s sociocultural origin, worldview and social environment.’ | Geschiedenis Magazine

‘This meticulously told story is an excellent example of that of a young man brought to extremes under influence of his social surroundings. Van Hengel studied in Belgrade, talked with Princip’s descendants and read documents in Serb and Austrian archives. That makes this book both source criticism and biography.’ | Historisch Nieuwsblad 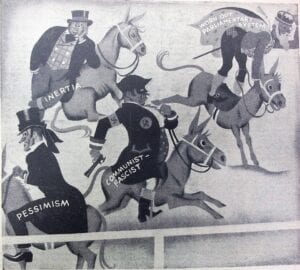 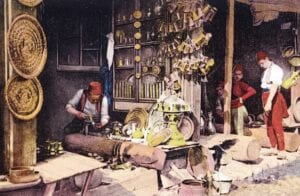 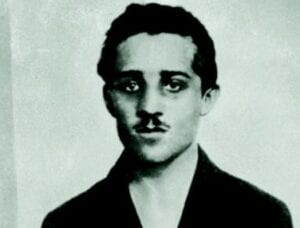 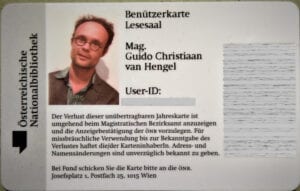 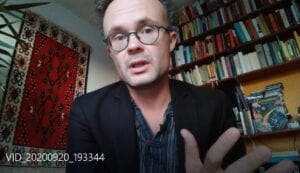