For Non-Dutch audiences, here’s a pitch and outline for The Visionaries (De zieners) in English.

The Prophets of Europe is a narrative about three roaming utopian intellectuals in the period 1910 to 1939. They mixed with artists, politicians, scientists and activists, and were in contact with socialists, liberals, extreme-right Catholics, fascists, anti-Semites and racists. While they gathered in salons and lounges to fantasise about a glorious future for European culture, outside the shadows of the twentieth century grew deeper. This book is about the utopian pursuit of human exaltation in a less than exalted period.

World-famous secondary characters in the book

On the verge of the First World War, the paths of Dutch writer and Utopian thinker Frederik van Eeden, German mystical philosopher Erich Gutkind and Serbian guru Dimitrije Mitrinović cross. Together, they call for the creation of a ‘blood bond of European geniuses.’ With their ambitious ideals about saving humanity and European integration, and their uncomfortable ideologies, they want to effect change in a Europe that seems to be rudderless. They are simultaneously passers-by and participants in an ominous time.
At this time of grand gestures and megalomaniac societal ideas, the Second World War is brought to an end: every big idea from after 1945 revolved around Auschwitz. The Prophets of Europe provides an insight into a time that mirrors our own. Ideas and utopias for humanity, just like doomsday scenarios for the downfall of Western civilisation, resonate in the media, culture and politics of today. 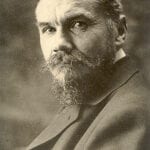 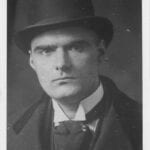 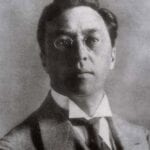 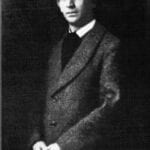 Three visionaries in the 1910s, 1920s and 1930s.
In The Prophets of Europe the reader experiences the 1910s, 1920s and 1930s through the lives of the Dutch utopian Frederik van Eeden (1860-1932), the German mystical philosopher Erich Gutkind (1877-1965) and the London-based Serbian guru Dimitrije Mitrinović (1887-1953). Their lives became intertwined before and during World War I, at the crossroads of European culture in Potsdam, Munich and London. Ideas such as European unification, establishing a state of Israel, a democracy and global cooperation for peace and security were still extremely vague. These intellectuals, from all corners of Europe, attempted to change this. Initially Van Eeden and Gutkind started a kind of blood pact of great minds (literally: ‘Regal Minds ’) who were to shape and give both cultural and spiritual meaning to European integration. World War I put paid to these ambitions and the group disintegrated, but this did not dissipate their energy and enthusiasm. Their interest shifted from the ‘spiritual-aristocratic’ domain to the political, and the religious domains. In parts III and IV of the book the reader relives the roaring twenties and the bleak thirties, in which the Dutch Van Eeden decided to connect with the occult spiritual world, the Serbian guru Mitrinović tried to find a ‘Third Way’ between communism and liberalism in London, and Erich Gutkind was confronted with how his Jewish identity had become a problem in his beloved Germany. The book ends with the outbreak of World War II. The Holocaust, the absolute nadir of the ‘dark century’, would become Europe’s negative ‘founding myth’ after the war. The pre-war visionary thinkers, who so enthused over a ‘grand’ or ‘Christian’ Europe, had become permanently suspect.

Since the economic crisis in 2008 – which is regarded in some circles as the ‘bankruptcy of capitalism’ – there has been a void at the heart of the great ideologies. After 1989 the debris of the ‘end of history’ (Fukuyama) had to be cleared away and it appeared all would come right. This prophecy proved to be false. The world is divided into multiple power blocks; Europe is surrounded by conflagrations and there is hardly any discernible system in the globalised economy. The Occupy movement, the discussions around Pikkety’s books as well as the rise of demagogic radical-right populism demonstrate the keen desire for utopian visions and big ideas with which people can exalt themselves. In this current discussion it can be refreshing to look back at the heyday of visionary and utopian thinking at the beginning of the twentieth century, when grand and compelling thinking was not yet associated with oppressive and thoroughly cynical symbols such as Auschwitz, the Gulag and Hiroshima. With its focus on writers, philosophers, artists and activists, The Prophets of Europe gives an alternative and authentic history of the first, somewhat confused ‘Europeans’. Topics that Van Eeden, Mitrinović and Gutkind fantasised freely and associatively about have become reality and subsequently the subject of intense criticism: a globalised world, European integration, abstract art, a Jewish state, the rising power of Asia, international peace conferences, the decline of America and modern civil society. Some ‘pre-war’ ideas have reappeared in the political discourse of late, such as global Britain, the decline of the occident (Pegida), the identitarian movement, racial doctrine, fear of Russia, etc. What do these pre-war ideas and visions mean for our time? How seriously should we take them?

Structure of the book

Part 1 (The Time of Visionaries) is about the period prior to World War I. The Dutch utopian Frederik van Eeden was influenced by the book The Body of God by the German mystical esoteric philosopher Erich Gutkind. They decided to set up a circle of spiritually exalted Europeans who were going to rescue culture. Wassily Kandinsky, the founder of the Blaue Reiter (The Blue Rider) was also involved.
Part 2 (The Time of Wonders) is about World War I. The circle came into being and was joined by well-known German and European intellectuals. Unfortunately, nationalism proved stronger than a unified humanitarian mission. They fell out as the spectre of war loomed ever larger over Europe. Each went his own way.
Part 3 (The Time of Eagles and Crumpets) is about the 1920s and is mainly set in London. Dimitrije Mitrinović, who had high expectations of Gutkind and Van Eeden’s circle, tried to do the same in the United Kingdom. He made the case for what he called social credit (basic income) and other utopian plans for a united Europe.
Part 4 (The Time of People and Masses) is about the change after 1929, when the stock market crash plunged the economy into all sorts of problems. Fascists marched through the streets. Utopia became increasingly urgent. The Jewish Erich Gutkind, once a German nationalist, was forced by anti-Semitism to flee his homeland. Van Eeden turned inwards and sought contact with apparitions. Mitrinović founded a curious and awkward commune. Then World War II broke out. There was no need for visionaries anymore.

For sample translations of chapter 1 and the Epilogue, please contact Ms. Orli Naamani from Shared Stories (onaamani[at]amboanthos.nl) or gvhengel[at]gmail.com.